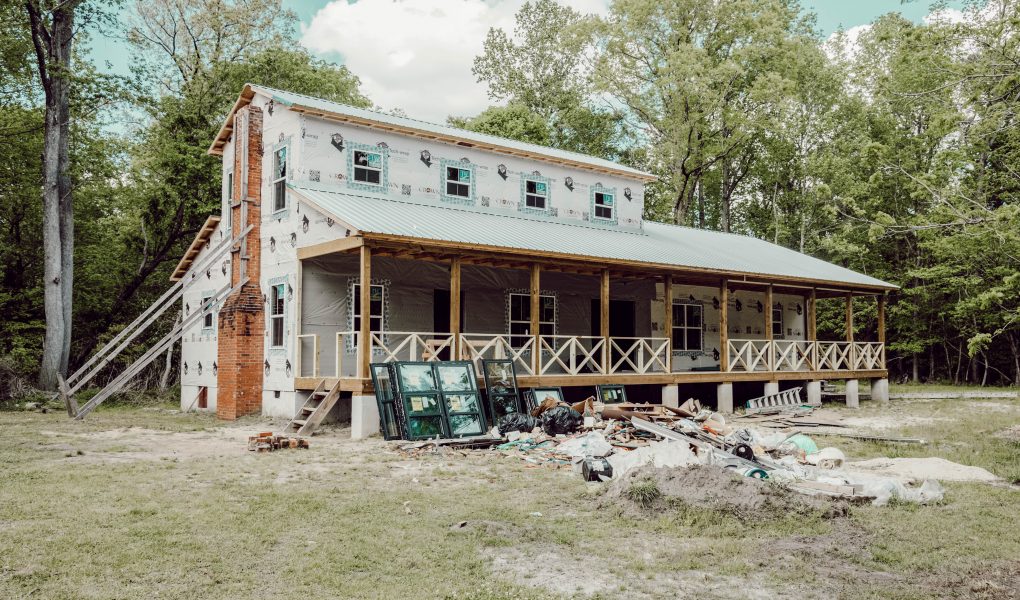 Okay, I’ll be the first to admit that referring to our experience as a construction horror story may be a tad dramatic! I honestly am so in love with our home!! I feel so fortunate and blessed to live here in such a beautiful and sentimental place… but the getting here was rough to say the least. And what better time to share a good horror story than the week of Halloween? So I’m just gonna go with it…

It’s been a year and a half since construction ended… and yet “horror story” still feels like an accurate description of our experience! I hope that my sharing some of the lessons we learned along the way will help you avoid feeling this way about your own construction journey.

9 Lessons We Learned Along The Way

1) Prepare for the stress!

When people tell you that building a house is one of the most stressful things you’ll ever do, believe them! Because it will be stressful. Parts are fun, and I don’t mean to rain on anyone’s parade… but take my word for it. Building a house is one of the most stressful things we have taken on as a couple! Our budget for the project was completely wrecked! We had to refinance our loan just to finish the house. Construction took 27 months from the time we submitted our plans until we were able to move in. We were told originally told it would take 3-6 months. Careless mistakes cost money and time because so many things had to be redone / repaired / re-ordered. And we became parents again during this time! You get the point, it was stressful!

We submitted our plans to be drawn up by an architect in December of 2016. I found out I was pregnant weeks later in January of 2017. We hoped to be moved in before my youngest was born, and the builder assured us that he would do his best. Y’all… when this baby was born, we were no where near moving into the house. We finally moved in in April of 2019, and that little baby was just over a year and a half! Let’s just say you should expect a delay or two, because delays happen.

3) Stay involved and in control.

Because we were re-building an 1800’s family farmhouse, we completely designed the entire layout of the home ourselves. Our builder offered to take our sketches to an architect he worked with regularly. In hindsight, I would have accepted the architect’s contact information, rather than pass this task off to our builder. Because we were not in direct contact with the architect, we weren’t able to address our concerns as they came up. By the time it became an issue, our builder refused to share the number with us because he wanted to be the one handling the communication. The plans took 3 times as long as our builder were estimated. AND, they cost 3 times as much as we had been quoted. A lot of headache could have been saved by cutting out the middle man in this scenario!

Our builder was a family friend and my parents’ neighbor before construction. He was the first person we thought of, and he gave us a decent bid for the job. I was pregnant at the time. We were so anxious to get started, so we didn’t shop around when it came to finding a reputable builder. This was a huge mistake! And that’s about the nicest way I can put it.

My most pressing piece of advice is for you to do your research! Ask around, and don’t settle just because you’re anxious to get started with construction. Know that it could change the relationship forever, and weigh the risks. Will you be able to ask the hard questions, or will the relationship / friendship make it too hard for you to negotiate like you would with a working / business relationship? If you go with the family friend, still ask for references, and do your homework.

Find out exactly what is and what is not included. For us, salvaging old wood and demo was not included in our construction loan. Neither was the cost of the house plans. We paid cash up front for these, and we did some of the salvage work ourselves to save money. Also you’ll want to build a contingency into your construction loan so that there is some room for flexibility for any changes or unexpected things that may come up.

I was so stressed about the house that I started having nightmares of all the things that could go wrong. On two separate occasions I actually dreamt that our builder ordered the wrong windows… and sure enough, when we came to see the windows being installed, they were the wrong ones. When something doesn’t seem right, ask questions and look into it more. It may just save you a headache! We originally wanted black windows, but they are so expensive, and the cheaper options of the black windows weren’t hurricane rated. Rather than communicate this to us, our builder ordered white windows and had the white frames spray painted. His idea was to glue the middle trim pieces to the outside of the glass. Y’all it looked terrible! And not only that, it cost us several weeks waiting for them to be replaced.

7) Get everything in writing.

Your builder should provide change orders anytime any little thing is changed. Period. Our builder did not provide any change orders in writing, and we took his word on things in the beginning. He kept requesting more draws from our construction loan saying that “things have gone up” and “I ran out of money”. The bank eventually refused his draws. There was such a discrepancy in the percentage of the loan money already dispersed and the percentage of the house that had been completed. Basically, it was their way of keeping the builder and us on budget and ensuring enough money was available to finish the house.

8) Be present at the jobsite.

It’s a good idea to be very present at the jobsite to document progress and to make design choices by visualizing the space as it comes together. But it’s also helpful to catch any possible mistakes before it’s too late or too costly to change them. This sink should have been installed with the overflow drain hole closer to the front where it’s less noticeable. This is one issue I wish I’d caught before it was too late!

For the record, I say my prayers every night, but I don’t play around with ghosts or spirits. Multiple members of the construction crew attested to hearing a knocking noise when alone at the house. They said it was coming from the living room area, which is where we installed a feature wall of the home’s original shiplap. A couple of these boards have my ancestors handwriting and names on them! It spooked one of the workers, and so we told them it was just our ancestors telling them to hurry up, and that they were watching. My mama says none of my ancestors would hurt us. If anything they’re angels watching over us and the house… But I’m ok if I never hear the knocking!

Honestly, our construction phase was such a stressful and trying time! I even put off starting this blog until months after we moved into the farmhouse. It was so difficult to focus on all the good when I was constantly overwhelmed by all the little and big things that kept going wrong, and I didn’t want this blog to be a negative place.

Now that I’m far enough removed from that time in our lives, I’m able to look around and see all the beauty in our home and in our story. I look at all the reclaimed wood we incorporated and think, granny walked here… my ancestors touched this… and the horror story that was our construction phase fades a little more everyday. I hope sharing our experience and some of the lessons we learned along the way helps you in planning for your own construction journey! Thanks for following along… 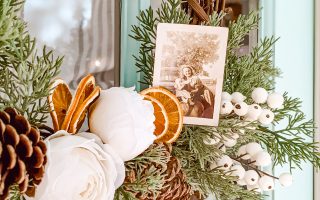 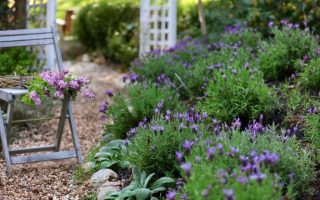 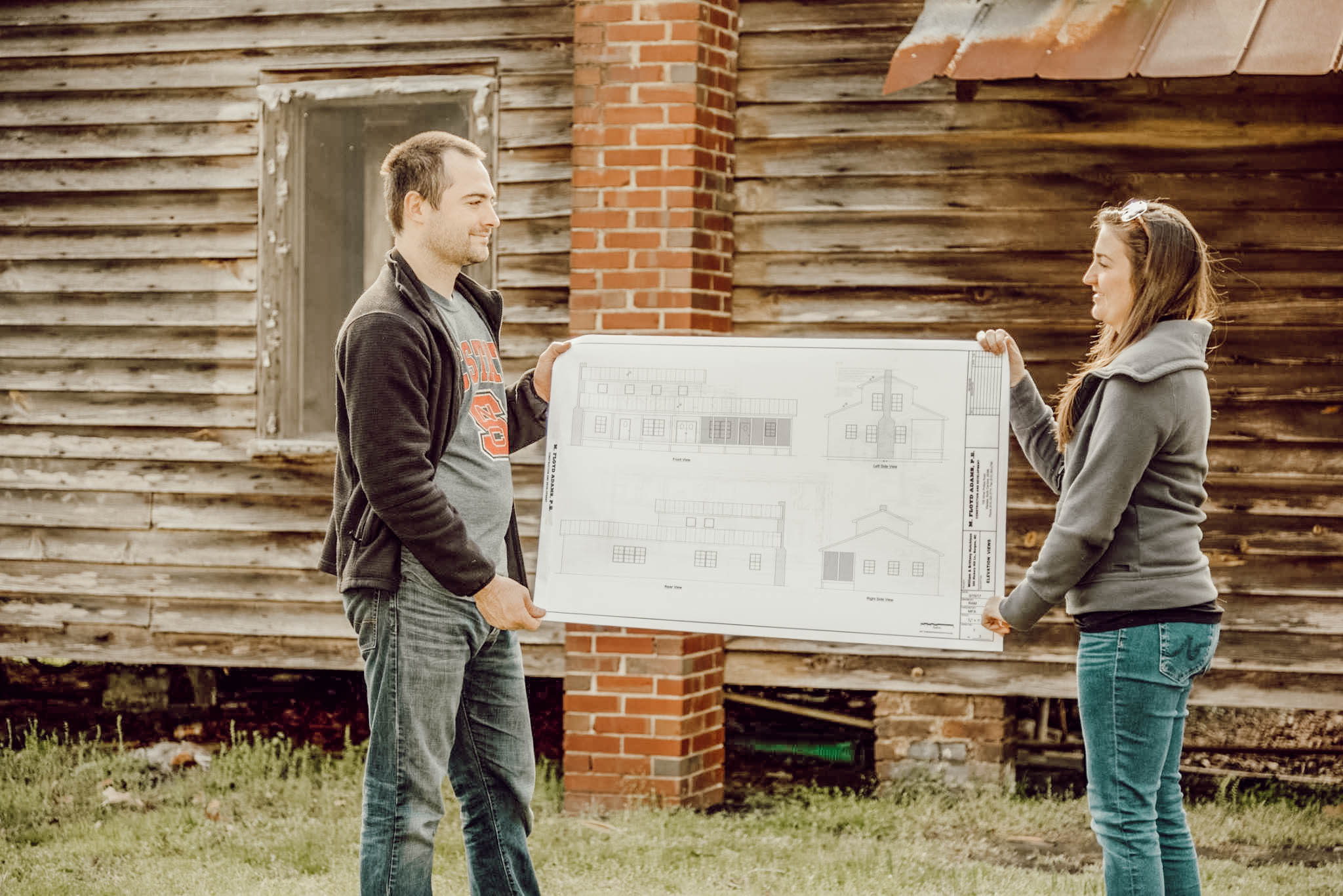 Our Very Own “Fixer Upper” Inspired by Joanna Gaines 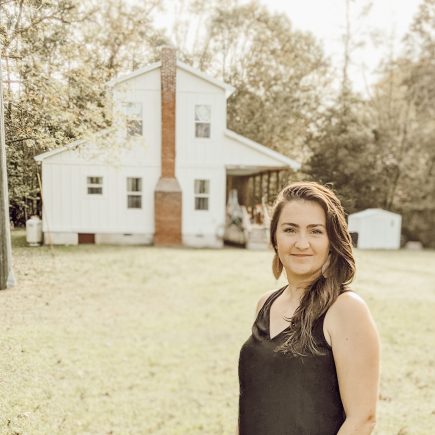 Hey y’all! I’m Brittany… home and interior design blogger of White & Woodgrain. I am a farmhouse-obsessed, Dr. Pepper drinking, Joanna Gaines fangirl, DIY-er who’s never been to an antique store I didn’t like. I love prettying up our newly re-built 1800’s farmhouse, and my favorite rooms are done up in dreamy, creamy shades of white mixed with a little woodgrain.
I have a passion for storytelling through interior design and home decor. Most of all, I'm just so excited you're here!